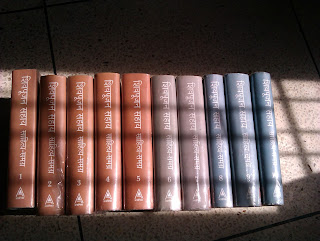 Shivapujan Sahay Sahitya-Samagra
Shivpujan Sahay (1893-1963),famous for his pioneering Hindi regional novel Dehati Duniya, and his two short stories Mundamal and Kahani ja Plot. besides his semi-autobiographical literary memoirs collected in the volumes Wey Din:Wey Log, Mera Jeevan, and Smriti-shesh, had earned over his half-century-long career in literary journalism as editor of Matwala, Jagaran, Himalaya and Sahitya, an enviable stature as one of the greatest prose writers and literary editors of his time, after Acharya Mahavir Prasad Dwivedi. A four-volume edition of his writings, Shivapujan Rachanavali (1956-’59) was published in his lifetime.
Shivapujan Sahay had chosen to pursue the career of a writer in Hindi literature almost as early as 1910, when he was still a school student at Arrah, the headquarters of the Shahabad district of those days. Since then, his literary career spanned almost half a century of creative writing which comprised from fiction writing, literary prose and journalism to semi-autobiographical memoirs, diaries and literary correspondence. He was acknowledged as the most perceptive editor of literary texts after Achrya Mahavir Prasad Dwivedi, and is said to have edited countless texts, including much of the fictional and poetic creations of Jayshankar Prasad, Premchand and Nirala, besides many of his other contemporary writers.
Throughout his long life he amassed a vast collection of books, literary journals, manuscripts, photographs, letters, his own diaries, and other literary miscellanea. In his centenary year 1993, a Trust was created in his memory, called ‘Acharya Shivpujan Sahay Memorial Trust’ at Patna, in which the copyright of all his writings was duly vested; and the largest part of his vast literary collection, including his diaries, correspondence, manuscripts, etc were donated to the Nehru Memorial Library and Museum, Teen Murti House, New Delhi.
Now, in November, 2010, a 10-volume edition of his Complete Works known as Shivpujan Sahay Sahitya-Samagra ( edited by Dr Mangal Murty, his younger son) is being published by the Trust from Anamika Prakashan, New Delhi (anamikapublishers@yahoo.co.in : Ph. 9111-23281655). The price of the entire set of 10-volumes is Rs. 11,000, which is available for individual buyers at a reasonable discount. Those who may be interested, may contact the publishers directly, or through Dr Mangal Murty, Trust Secreatary (Mob. 919451890020/ Ph. 0542-2227479) email : bsmmurty@gmail.com . 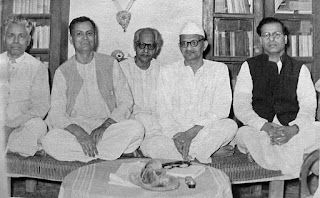 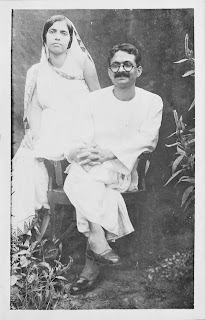 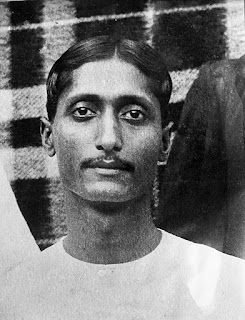 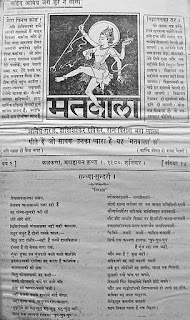 Clockwise: Shivji with Rahulji, Shivji and Bachchan Devi, Matwala, Nirala
Posted by mangal murty at 8:55 AM No comments:

The Memorial Trust (Smarak Nyas) was established in the Centenary year (1893-1993) at Patna. It is a registered Trust under the Societies Act. Two sons and two daughters of Acharya Shivapujan Sahay are the Founder Trustees with seven other nominated eminent members. Its first Chairman was Shri Lakshmeshwar Dayal, IAS, former Chief Secretary, Bihar. The present Chairman is Shri Razi Ahmad, Secretary, Gandhi Sangrahalaya, Patna, and Dr BSM Murty is the Founder Trustee and lifetime Secretary. Changes have been taking place among the seven nominated members in accordance with the provisions in the rules of the Trust. There is also a five member Literary Advisory Committee consisting of eminent Hindi litterateurs presently chaired by Dr Namwar Singh. The Trust has been active during the past two decades (1993-2013) and has held (in Patna, Varanasi, Delhi,Lucknow, etc) a number of celebration functions and memorial lectures by eminent critics of Hindi literature and also honoured several literary figures. Doordarshan and Films Division have made four biographical films on Sahayji which have been repreatedly telecast over the years. A commemorative postage stamp on Sahayji was issued in 1998 by the Post & Telegraph Dept , Govt of India. A massive collection of old and rare runs of literary journals, his entire literary correspondence (about 7,500 letters), and all his diaries (50) have been donated to the Nehru Memorial Museum and Library in Delhi which are all available also on microfische and microfilm. Copies of the NMML microfische collection of all journals are also available at the US Library of Congress in Washington (that can easily be accessed on the internet). Sahayji’s vast collection of rare Hindi books (over 5000) have been donated to NMML and Gandhi Sangrahalaya (Patna) which are available to research scholars. Sahayji’s complete writings have recently been published in 10 volumes as ‘Shivapujan Sahay Sahitya Samagra’ (edited by Dr Mangal Murty). Details of ‘Samagra’ are available on this blog (post: 5 Oct 2010). A separate full-fledged website of the Trust is under construction and shall soon be available on the net with all relevant content and details. Work on a Memorial at his ancestral house in village Unwans (15 kms south of Buxar) also has been initiated.

I taught as Professor of English & American Literature & Linguistics in Universities – Bhagalpur (1959-88), Magadh (1988-'99) & as Visiting Professor at Taiz U. Rep. of Yemen (1998-2002). After retirement, living at Lucknow, writing books and journalism. My two other blogs for my creative writing and translations in English & Hindi are - murtymuse.blogspot.com & vagishwari.blogspot.com

I created this Blog : vibhutimurty.blogspot.com - in February, 2008 to publish my writings and translations. ‘Murty’ is my surname, and ‘Vibhuti’ is the title of the short story collection of my father, Acharya Shivapujan Sahay. Hence, the blog’s title: vibhutimurty. The blog is posted in English to reach the widest diaspora of readers. But it also contains several posts in Hindi. It contains my writings (e.g. extracts from my ongoing English biography of Dr Rajendra Prasad, shortly to be published), as well as my occasionally written ‘picture poems’ in English, plus my translations of some Hindi poems or stories by other eminent writers. It also publishes translations of my father’s writing being done by me under a project for an English miscellany of his writings (also, soon to be published). The earlier entries of the blog can be read by clicking on ‘Older Posts’ at the bottom right of each current entry.
Please note: All text and photographs are Copyright : Dr Mangal Murty. bsmmurty@gmail.com

Acharya Shivpujan Sahay is an eminent Hindi litterateur, a novelist (Dehati Duniya 1926), a short story writer (Vibhuti 1935),highly regarded editor (Matwala 1923,Madhuri 1924,Ganga 1931,Jagaran 1932,Himalaya 1946, Sahitya 1950- )is famous as a master prose writer. He was born in a middle class Kayastha land-owning family in a village(Unwans)near Buxar on 9 August 1893.After his early education and a short stint as a Hindi teacher at Ara (1903-1921)he went to Calcutta and joined 'Matwala' as an editor. He went to Lucknow in 1924 in the editorial department of Madhuri where he worked with Premchand and edited his 'Rangbhumi' and some of his stories also.After a year he returned to Calcutta editing short-lived journals like Samanway', 'Mauji', 'Golmal','Upanyas Tarang',etc. finally moving to Kashi (Varanasi)to work as a freelance editor. For a short period he went to Sultanganj near Bhagalpur to edit 'Ganga' but returned to Kashi where he was asked to edit 'Jagaran', a literary fortnightly brought out by Jayashankar Prasad and his circle of friends.There he also worked with Premchand and was a respected member of the town's literary circle,and the Nagari Pracharini Sabha.In 1935 he moved to Laheria Sarai(Darbhanga)to work as editor of 'Balak' and other publications of Pustak Bhandar owned by Ramlochan Sharan.In 1939 he joined Rajendra College,Chhapra as Professor of Hindi.In 1946, on a year's leave, he moved to Patna to edit 'Himalaya', a landmark literary monthly.In 1949 he finally came to Patna to work as Secretary of Bihar Rashtra Bhasha Parished, a government academy where he edited and published more than 50 precious volumes of Hindi reference works.Later he became Director of the Parishad and compiled and edited "Hindi Sahitya Aur Bihar' a monumental literary history. His own works were compiled and published in 4 volumes of 'Shipujan Rachanavali'(1956). Shivpujan Sahay is also remembered for his editing of several literary commemoration volumes, chiefly 'Dwivedi Abhinandan Granth'(1933),'Rajendra Abhinandan Granth'(1950)and 'Jayanti Smarak Granth'(1942).He also edited Dr Rajendra Prasad's 'Atmakatha'.He died in Patna on 21 January, 1963. His posthmously published books are 'Wey Din Wey Loug'(1965), 'Mera Jeevan'(1985),'Smritishesh'(1994),'Hindi Bhasha Aur Sahitya'(1996),"Gram Sudhar' (2007).He was awarded 'Padmabhushan' in 1960. Source:'Shivpujan Sahay' by Mangal Murty,Published by Sahitya Academy, 35 Phirozshah Marg, New Delhi,India

You may read on this blog.

How to find a blog:

In ARCHIVE given in right column

and when the page opens scroll to find

the particular blog by clicking on the

7 Dec: Has Hindi been defeated by

25 May: Odes of Keats + Shantiniketan

14 Aug: My five poems of Angst

30 Jan: Why Gandhi was killed